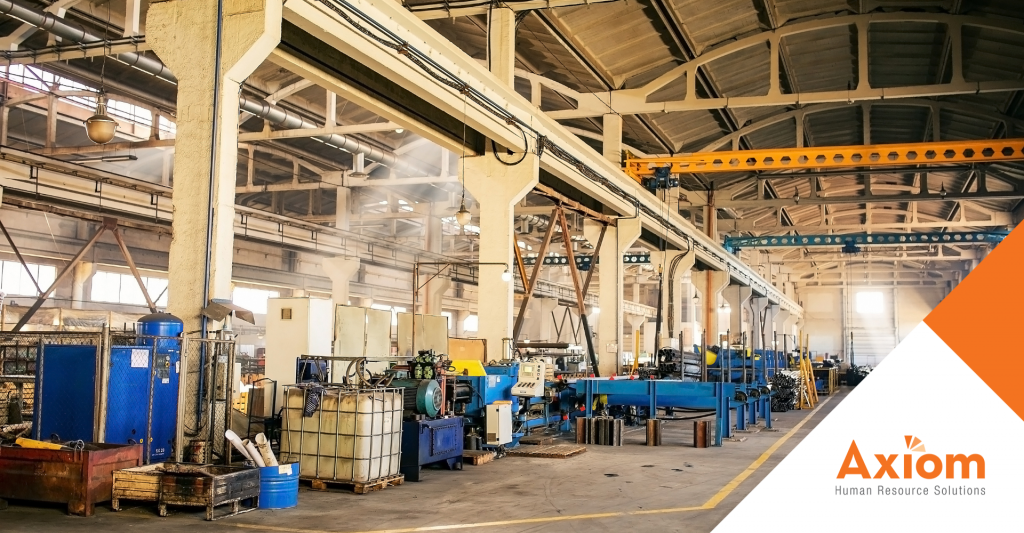 Allen has been in charge of scheduling production lines for his manufacturing company going on four years – he started his job right before the pandemic hit. His company produces a safety product that was in extraordinarily high demand throughout most of 2020 and into the first two quarters of 2021.

Scheduling at his company had been carried out with a very long and arduous manual process. On top of it being so manual, scheduling became more and more of a headache for him and his team due to the constant squeeze on resources to produce. Allen was constantly worried any misstep he made would cause trickle down effects that negatively impacted production for his employer. Worse even, was the possibility of fines for breaking regulatory rules. His team’s challenges included:

Higher Production, Smaller Staff
Allen needed to get the very most out of the reduced labor pool that he had available to produce this in-demand product during the height of the pandemic, particularly since a number of older line workers chose to take early retirement. Although several of the other production lines at his company were slowed or stopped entirely, a lot of pressure was on the ability to add lines and ramp up the schedule for this product around the clock. This meant more overtime than ever before, with an eye always on staying in compliance with employment laws. Recruiting was working to add more employees, but it was taking longer than Allen would have liked.

Constant Changes Affect Schedules
Allen’s team has to use spreadsheets – a lot of them. What they work from has to be updated by hand, and he’s found himself catching errors as they switch the schedule around, especially since a lot of the guys are swapping shifts or taking on overtime. As the one overseeing a team of schedulers, Allen is starting to lose sight of how many hours each person has worked and when, which in the manufacturing world is a big issue. Of course, this impacts his ability to look at the previous schedule to make the next one that’s needed. If only he could have more accurate or even real-time visibility into the shifts, he might be able to sleep at night.

Less Time, More Paperwork
Scheduling isn’t the only responsibility that Allen has at his job, but during the pandemic, it was taking far more time than it should have. This meant he had a lot of other paperwork piling up that really needed his attention. He had to work longer hours than ever before, and a lot of it was from home since he was on lockdown for several months. He pushed through, remembering how important his company’s product was to the community in their time of need. He knew he had to do his part to get it into their hands, so they felt safer in such uncertain times.

The Need to Work from Anywhere
Allen had always been someone who was at the office. He wasn’t used to working off-site, but he and his team were instructed to work from home even though the people working in the plant needed to be in person. There were so many days that he wished he had access to an app that would just show him the same information that his co-workers were also able to see from home. They tried to share spreadsheets, but it got difficult to know which spreadsheet version was the most accurate. Inevitably, someone accidently wound up saving the newest version to their desktop instead of a shared drive. There was just so much paperwork, it was difficult to keep it all straight.

The Solution
After several issues that caused compliance scares, Allen knew he couldn’t continue with the manual scheduling methods he and his team had been using. He began to research HCM tools, and found several that looked like they would take care of his needs for a reasonable price – especially considering how much time was going into the manual processes his team was using. As an extra added bonus, these same HCM tools would also meet the needs of other departments in his organization.

After presenting several options to his manager, Allen’s manufacturing company decided to adopt UKG’s tools. For his scheduling duties, it made perfect sense to utilize UKG’s drag and drop schedule builder, automated employee to shift matching algorithms and the built-in call list and employee self-scheduling, which more easily allowed for employees to swap shifts while bringing real-time visibility to Allen and the rest of the team. He loved that he could easily build schedules around employees with the right skills and experience through the portal.

The Outcome
After Allen’s company implemented UKG’s HCM tools, everyone started working so much more efficiently. Scheduling time was cut down by nearly half, so that he and his team could work on processes and other assignments they had been given. He’s no longer constantly worried about regulatory compliance since factors for compliance can be built right into the system. Since the company has also decided to adopt UKG’s payroll and HR tools, he has heard that those department heads are reporting a lot more productivity and better insights into data overall.

Because the tool also provides an employee-facing self-service app, the workers on the line are mentioning that they feel more control and at ease about their schedules. They are able to see their schedules in real time at a glance, and can determine what swaps they want to make with co-workers much more easily. They feel more in control than they ever did in the past, making for a happier and more satisfied workforce.

If you’re looking for a better scheduling tool for your manufacturing organization, contact us at info@axiomhrs.com to learn more and to set up a free demo of the UKG Ready Scheduling Solution.