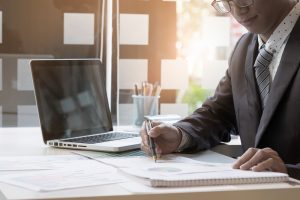 IRS Form 5500, which reports on employee benefit plans, is undergoing some revisions in coming years. These include some new compliance and oversight questions that definitely do take effect for the 2016 plan year. While many of the larger changes won’t take effect until the 2019 plan year, they are sweeping enough that small companies should take note.

Among other changes, the proposed revisions would greatly reduce filing exemptions for plans covering fewer than 100 employees. Millions of employers who are currently exempt would need to begin filing annual reports.

The information to be required of small plans under the current proposal includes:

Increased Group Health Plan Filing Obligations. Form 5500 would be required by all ERISA group health plans (including plans presently covered by the filing exemption for small unfunded, insured, or combination unfunded/insured welfare plans). The form would include a comprehensive new Schedule J (Group Health Plan Information) to indicate the types of health benefits offered and the funding method. This schedule would require information about participant and employer contributions, and whether the plan is insured, uses a trust, or pays benefits from the employer’s general assets.

Additionally, it would require information about COBRA coverage and insurer refunds, and about whether the plan claims grandfathered status under health care reform or is a high-deductible health plan, HRA, or health FSA.

Proposals for All Types of Plans. The Schedule C filing requirement would be extended to some small plans that are currently exempt from filing it. Under the proposed rules, plans would file a separate Schedule C for each service provider, and revisions would more closely align the schedule with the service provider fee disclosure rules.

Schedule I would be eliminated; small plans that currently file Schedule I would generally need to file Schedule H instead. Schedule H would expand and include questions on fee disclosures, leveraged asset acquisitions, annual fair market valuations, designated investment alternatives, investment managers, plan terminations, asset transfers, administrative expenses, uncashed participant checks, and SPDs, among other topics. And it would distinguish between assets held for investment and those that were sold during the year.

In comments made to the Department of Labor (DOL), the Society for Human Resource Management (SHRM) cautioned that proposed changes extending reporting requirements to small businesses would be costly for employers who might not be geared up to provide the additional data. They argue that the information described would not provide much additional value to federal agencies, and could “discourage employers (especially small employers) from establishing and maintaining health and welfare and retirement plans for their employees.”

Two major plan sponsor organizations, the American Benefits Council (ABC) and the ERISA Industry Committee (ERIC), have called on the DOL to withdraw or delay the revisions. Both groups have cited concerns similar to those of SHRM, as well as the change in administration coming in 2017. According to ABC, “Any incoming administration would want to review all of the public comments submitted and determine which reporting changes should be retained or abandoned in accordance with its own policy preferences.”

What to Do Now

The revisions to Form 5500 are complex and will likely change in response to public comments. And most of the changes won’t take effect for a few years. But since it seems at least possible that future Form 5500 reporting obligations will require more data and resources, and come under greater scrutiny by federal agencies, it’s probably a good ideas to consider whether your business, especially if it’s a small business, has systems in place to capture the kind of expanded data described above.

Stay tuned for more information as the proposal makes its way through the implementation process. And if you have questions on Form 5500 or the proposed changes, contact your Axiom HR team for advice.