How Should Employers Respond When Workers Strike for a Day? 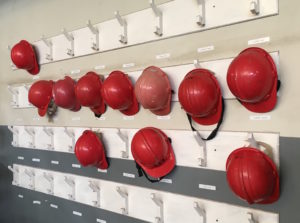 On Wednesday, March 8, International Women’s Day, workers across the nation took part in “Day Without a Woman,” organized to demonstrate women’s importance to the national economy and to protest perceived anti-woman policies of the new Trump administration. The “strike,” as some participants and media outlets termed it, comes fast on the heels of a February 17 National General Strike to protest a host of administration policies, and a February 16 Day Without Immigrants to demonstrate the economic power of immigrants in the face of policies such as the travel ban, the border wall, and other issues of concern to the immigrant community.

Though there have so far been few reports of firings or disciplinary actions coming out of Day Without a Woman, NBC News reported that “dozens of protesters” had been fired for missing work to take part in Day Without Immigrants, and a report by The Atlantic put that number at “around 100.”

In most of those cases, the stated causes of firings were violations of employee attendance policies, not the act of protesting itself. But are such firings legal? Or are these strikers’ absences protected under the National Labor Relations Act (NLRA)?

Experts seem to agree that the law is somewhat gray at the moment. According to Steven Wheeless, an attorney with Steptoe & Johnson in Phoenix, “The National Labor Relations Act does not protect purely political advocacy.” Generally speaking, unless the issue under protest is one that the employer has some control over, NLRA does not protect an employee’s absence. But say a group of employees were to strike in order to put pressure on a company to change its policy in regard to the administration. NLRA might protect employees under this scenario, but some of that depends on which National Labor Relations Board is reviewing the issue: the holdover Obama NLRB, or the incoming NLRB under Trump.

Regardless of those scenarios, most strikers under the general strikes of the past month won’t have been protected, say labor law experts. But that doesn’t mean that firing employees who strike is the best business decision.

Thornell Williams Jr., an attorney with Ogletree Deakins, recommends treating employees the way you would treat them under any other circumstance. Williams doesn’t recommend warning employees that if they skip work the absence may not be protected, pointing out that in a union environment, employees may be provided with scripted answers that are more likely to protect the absence.

The best strategy, Williams said, is to have a contingency plan so that business is not disrupted. This could be an on-call list, a slate of temporary employees, a roster of part-timers who might want extra hours, or a third-party labor provider.

“Even though an argument can be made that this strike is political, and not protected concerted activity, I think the big picture for employers is to decide whether they want to try to work around this issue, in the expectation that disruptions may not be terrible, or to discipline employees and run the risks of legal battles and expenses,” said Brian Bulger, an attorney with Cozen O’Conner in Chicago. Bulger said he comes down on the side of the former. But, he added, “There is plenty of room for disagreement.”

Want to make sure your employee attendance policies are up-to-date? Need advice on a workforce issue? Contact your Axiom representative, or call 317-587-1019 to find out how we can help.