The Obama-Era Overtime Rule is Officially Dead. Now what? 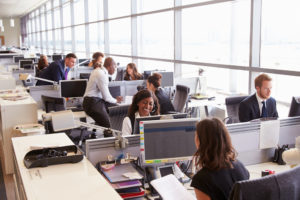 “You cannot start the next chapter of your life if you keep re-reading the last one,” wrote author Michael McMillan. That’s wisdom that may come in handy as we contemplate the future of federal overtime regulations. A summary judgment last month has put the final nail in the coffin of the Obama-era revised overtime rule.

The revised rule would have increased the “white collar” exemption minimum salary requirement to $47,476 and made more than four million workers newly eligible for overtime pay. In November 2016, a U.S. district judge blocked the rule revision from taking effect. On August 31, 2017, the same judge struck down the new rule for good. The DOL under the Trump administration has declined to appeal the ruling.

This final ruling means that the previously existing overtime regulations apply for now. To qualify for the Fair Labor Standards Act’s executive, administrative, and professional exemptions, employees must be paid on a salary basis, the exempt worker’s salary must be at least $23,660 ($455 per week), and employees must perform certain duties to qualify for the exemption. For example, an exempt executive must regularly supervise two or more other employees, among other requirements. If the employee does not meet these requirements, he or she must be paid time-and-a-half for all hours worked beyond 40 in a workweek.

Though this final ruling can be seen as a victory for employers, analysts point to Labor Secretary Alexander Acosta’s June request for information as a sign that a revised rule may eventually be issued by the current DOL. Any such changes will have to undergo the full rulemaking process. However, during his confirmation hearing, Acosta stated that he considered a salary threshold of $33,000 to be an appropriate adjustment.

As for employers who had already made changes prior to the November 2016 hold, experts recommend moving cautiously. Russell Bruch, an attorney with Morgan Lewis in Washington, D.C., advises employers who already communicated raises to employees not to reverse those actions, because such a move would likely confuse employees and harm morale.

If you need further guidance or clarification on employee pay or classification issues, contact your Axiom team.