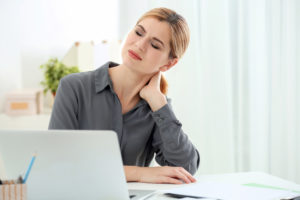 Common sense is a useful tool in many areas of life, and may sometimes guide us to insights and strategy where more rigorous methods fall short. But its usefulness has its limitations, especially where workplace law is concerned—notably in the area of determining fraudulent Family and Medical Leave Act (FMLA) claims.

FMLA abuse takes many forms. Over the years, employees have attempted to use family medical leave to do jail time, attend a hearing in criminal court, travel internationally, take a fishing trip, or help to build a family business.

But even in seemingly outrageous cases, an employer’s prospects in an FMLA leave abuse case may come down to conducting an adequate investigation.

For example, take the case of an employee with a bad back who could not stand or sit for long periods. During her FMLA leave, the employee posted videos on Facebook that showed her drinking and dancing at a bar. The employer fired her, attesting that if she could dance, she could certainly work.

Even due diligence doesn’t guarantee victory for employers, especially if the facts elicit sympathy. In one recent case, an employee took her terminally ill mother to Las Vegas on a Make-A-Wish-style trip. The employee was fired and sued under the FMLA. The court handling the case ruled the employee was caring for her mother, even if the trip was not part of ongoing treatment for the condition.

Joan Casciari, an attorney with Seyfarth Shaw in Chicago, told the story of a case involving an employee on FMLA leave for depression. The employer discovered through surveillance that she was doing Christmas shopping with her family and appeared to be enjoying herself considerably. The employee’s doctor attested that “retail therapy” was consistent with the employee’s condition. The fact that she could shop, the doctor said, did not mean that she did not require FMLA leave.

That’s not to say that there aren’t plenty of legitimate and actionable cases of FMLA abuse. Poorly performing employees seem to be particularly at risk for abusing the law, according to Brittany Bogaerts, an attorney with Nixon Peabody in Chicago. “One of the biggest areas of abuse we commonly see are poor-performing employees requesting FMLA leave just before they are to be terminated,” she said. “Typically, these employees know that the writing is on the wall—perhaps they’ve received multiple write-ups in the last few months or have been subject to disciplinary action.”

Have questions about your company’s FMLA policies and how to ensure that both employees’ and employer’s rights are protected? Contact your Axiom representative for more information.