KBI Overtime Lawsuit: Don’t Let This Happen to You 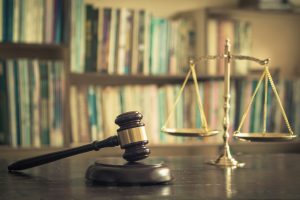 Into the legal limbo of the new Department of Labor (DOL) overtime rule comes a cautionary tale from the state of Kansas. Right now, the overtime rule passed by the Department of Labor last year is still under injunction. Although its future seems uncertain under a new administration, a recent legal decision by the Kansas Supreme Court shows the importance of knowing and abiding by the letter and spirit of the law, whatever that turns out to be.

The plaintiff in the case, Keith Lumry, started at the Kansas Bureau of Investigations (KBI) in 2001. Over a seven-year period, Lumry alleges, he was told by his supervisors not to record all of his hours on his timesheet, due to the many hours of overtime he was working each week. Instead, every few months he was to negotiate with his supervisors as to how much overtime he could claim on his time sheets.

All this came to light when a KBI investigation found discrepancies in Lumry’s timesheet and the director of the KBI proposed his firing. Lumry complained to the DOL, the DOL investigated, and ordered the KBI to pay him $20,715 in unpaid wages. The investigation also determined that other agents and employees of the KBI were owed back pay for unpaid overtime.

Lumry sued the KBI under the Fair Labor Standards Act (FLSA) and later the Kansas Minimum Wage and Maximum Hours Law (KMWMHL). His claims were dismissed by the district court, and later by the court of appeals, on the basis of sovereign immunity and failure to allege that his supervisor committed any unconstitutional acts; however, in December the Kansas Supreme Court reversed these decisions, remanding the case to the district court judge for a decision.

The court found that a plaintiff who offers to work some uncompensated overtime but refuses to work excessive unpaid overtime is protected by the FLSA and KMWMHL.

In its recent reporting on the decision, the Society for Human Resource Management cautioned against looseness in compliance, and offered the following professional pointer: “Employers that have unusual or noncompliant pay practices are in danger of retaliation claims when an employee questions these practices. This is particularly true for state entities, which are immune from court lawsuits for unpaid wages but are still subject to DOL enforcement actions and whose directors may be sued personally in some circumstances.”

No matter what happens with the new DOL overtime rule, it’s worth taking a look at your overtime policies and practices and ensuring that they’re clear and compliant with current law. If you need assistance or guidance, don’t hesitate to contact your Axiom representative.