A federal judge on Tuesday blocked the Department of Labor’s (DOL’s) new federal overtime rule which was set to take effect December 1, 2016.

The rule, which was passed in May of this year, nearly doubled the salary threshold from $23,660 to $47,476 and also provided for triennial adjustments based on the 40th percentile of weekly earnings of full-time salaried workers. 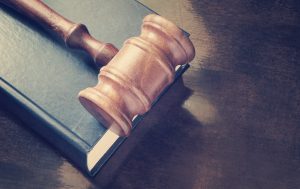 This rule would have extended overtime pay to more than 4 million salaried workers and greatly impacted nonprofit groups, and small businesses that have a large number of salaried employees below the new threshold.

The rule is on hold for now but it may still be implemented at a later date.  Until then, employers should continue to follow existing overtime regulations.

With the original deadline only a week away, many employers have already implemented adjustments by either raising exempt employees’ salaries or reclassifying employees as nonexempt.  Until the litigation plays out, employers will likely leave changes in place but hold off on implementing further changes until a decision has been made.

If you have any questions regarding this issue, contact your Axiom team today 844-587-1019.