Fitness trackers are practically standard equipment for millions of Americans, and the introduction of the Apple Watch drew enough fervor that many who had long ago unbanded got excited all over again about strapping on a wristwatch. Employers are making use of wearable technologies for increasing productivity and safety, and for tracking data. But the United States is behind a lot of other nations in adopting wearable technology at work.

A new survey by The Workforce Ins 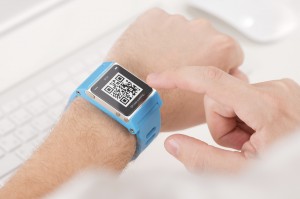 titute at Kronos Incorporated shows that although 73% of adults around the world regard wearable technologies as beneficial, U.S. adults were much less convinced. Not even half looked upon them positively, whereas adults in other regions are on board: 96% in Mexico, 94% in China, 91% in India, 72% in Germany, 69% in Australia and France, and 66% in Great Britain.

Those numbers make more sense when you consider that U.S. adults are much less likely to don wearable devices for personal use. Only 5% use smart headphones, for instance, whereas 61 % of adults in China use them.

And smart headphones lead the list of wearable devices currently in use in the workplace, with smart watches right behind them.

Although there’s not a real push to integrate these devices into U.S. workplaces, it’s hard to imagine that the change won’t happen, albeit at a snail’s pace. Did you imagine, even ten years ago, that you’d be carrying a computer around in your pocket? It’s hardly a leap to a world where we’re all clipped into further devices.

Who wouldn’t want to wear a workstation, really? That may not be the best answer for salespeople, but it’s great for enabling an aviation worker to access a repair manual while continuing to work. The technology behind an armband that controls devices based on how you move has broad applications in everything from manufacturing to medicine, and it can make your basic work life easier by enabling you to assign digital functions to specific gestures.

As so often is true, greater efficiency is a drive toward adopting these devices. Concerns about privacy and safety make up the rallying cries from those who aren’t keen on the idea. The more things change, the more they stay the same. Instead of voicing our age-old opinions at the coffee shop, we just tweet them. Maybe with the aid of Google Glass.