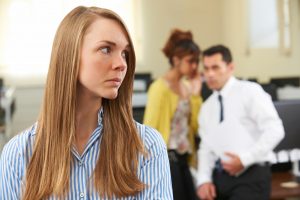 If incivility is not a problem in your workplace, so much the better. If it is, you may want to pay attention to new guidance proposed by the Equal Employment Opportunity Commission (EEOC).

The commission hopes the new enforcement recommendations will lead to more civil and respectful workplaces for all Americans. If civility is a concern in your workplace, the recommendations offer training advice that might help you get a handle on it.

The guidance, which recommends training employees on civility, puts the commission at odds with recent National Labor Relations Board (NLRB) decisions, which favored free speech as a part of concerted activity. It may be challenging for employers to know which disruptive employee behavior they must—and mustn’t—tolerate.

A key 2015 NLRB ruling involved racial harassment on the picket lines. The NLRB reinstated a worker who made racist remarks to replacement workers during a strike.

Jonathan Segal, an attorney with Duane Morris in Philadelphia and New York City and a member of the EEOC’s Select Task Force on the Study of Harassment in the Workplace commented on the discrepancy. “Over time I expect and hope the board will cut back on its absurd uncivil treatment toward civility and its coddling of harassers,” he said. The task force report was part of the foundations of the proposed rule, though Segal noted that he was not speaking on behalf of the commission or the task force.

The task force from last year recommended a dialogue between the EEOC and the NLRB to resolve the contradictions in their policy approaches. Such dialogue would need to harmonize the interplay between the National Labor Relations Act, which the NLRB enforces, and the federal equal employment opportunity statutes that the EEOC enforces.

The proposed guidance takes the position that equal employment opportunity laws “do not impose a general civility code that covers run-of-the-mill boorish, juvenile, or annoying behavior.” The laws focus on a “middle path that distinguishes between covering conduct that is merely offensive and requiring that the conduct cause psychological harm.”

Segal agreed that to enforce respect and gentility in each and every utterance could undermine the NLRA. “But what that does not mean,” he said, “is that the general rules that are designed to promote civility should be struck down as chilling protected concerted activity.”

In announcing the comment period, EEOC Commissioner Chai Feldblum struck a hopeful tone, stating, “This guidance clearly sets forth the commission’s positions on harassment law, provides helpful explanatory examples, and provides promising practices based on the recommendations in the report. I believe it will be a helpful resource for employers and employees alike, and I look forward to receiving comments from the public.”

Look for further developments this year as the EEOC takes feedback into account. Whatever the outcome, the proposed guidance is filled with helpful information and strategies aimed at preventing and addressing workplace harassment.

The guidance states that harassment prevention training should be:

“Employers also may find it helpful to consider and implement new forms of training, such as workplace civility training,” the draft guidance added, noting that such training shows “significant promise for preventing harassment in the workplace.”

If you feel your policies and procedures could use some fine-tuning, contact your Axiom team to talk about how we can help.